Here are the faces that you’ll see at TEDxBuffalo 2013 on October 15.

The New American Dream: How Refugees Are Revitalizing Buffalo

About: Bryana moved to Buffalo four years ago and has been the Manager of Volunteers at Journey’s End Refugee Services for 1.5 years. Bryana loves Buffalo and is dedicated to being part of its renaissance through volunteering, blogging and building friendships within refugee communities. She attends the University at Buffalo’s Professional MBA program and is a board member of Grassroots Gardens of Buffalo. Bishnu was born in Bhutan and lived there until he was forced out of the country at age 23 because of his ethnicity. He spent 17 years in a refugee camp in Nepal, where he trained all the teachers in the camp, served as a community administrator and volunteered supporting victims of violence. Bishnu resettled to Buffalo in 2009 and works at Journey’s End Refugee Services, helping people in his community transition to a new life, find jobs and celebrate their culture.

About: Dan Behrens is a musician, producer, composer and recording engineer that releases music under the name Danimal Cannon. He composes music for video games and commercials, and his album releases has received accolades from the rock, electronic and even classical music scenes. Danimal Cannon has performed for audiences all across the world in venues as grandiose as orchestra halls to punk rock shows in a sweaty basement. His diversity and creativity is only surpassed by the intensity of his arrangements and performances.

About: Mike Connelly is editor of The Buffalo News, joining the newspaper in October 2012. Before The News, he spent nearly nine years as executive editor of the Herald-Tribune in Sarasota, Fla. Under his leadership, the Herald-Tribune won its first Pulitzer Prize and had two other projects that were Pulitzer finalists.

He started his career in 1981 at The Wall Street Journal, working in New York, Miami and Chicago. He has also worked at the St. Paul Pioneer Press, The Baltimore Sun and Congressional Quarterly in Washington, D.C., where he was vice president for operations, then vice president for product development. In Florida, he served on the board of the Florida First Amendment Foundation and the Florida Society of Newspaper Editors.

He is a native of Iowa and a graduate of the University of Iowa.

About: Courtney is a member of the five-person design and fabrication team responsible for Elevator B, an urban habitat for bees. All five team members completed the design while finishing their masters degrees in architecture while at the University at Buffalo. She has since become an amateur beekeeper and is now a project coordinator at Flynn Battaglia Architects in Buffalo.

Stop Worrying About Your Hubcaps!

About: Karen Forster coordinates the Priscilla Project of Buffalo, a prenatal mentoring program for refugee women. Karen has always been interested in the welfare of women and children and believes that positive, supportive relationships between women make the difference in a successful pregnancy and birth experience. Each year, over 200 women are served by the Priscilla Project, and as a trained doula, Karen has personally attended three births, over 25 glucola tests, five ultrasounds and numerous baby showers. She has served women from 20 countries, speaking 20 languages, and she connects with each as one woman to another woman, one mom to another mom. Karen is a mom to son, Matthew, and daughter, Elizabeth. By educating and encouraging refugee women to empower themselves, it is Karen’s belief they will become positive role models for their children and others within their community. Karen and her team at the Priscilla Project are committed to helping women be Healthy Moms who have Healthy Babies.

Music as a Healing Bridge

About: Stuart Fuchs has worked as a performing musician, teaching artist and workshop facilitator for over 15 years. He plays several styles of guitar and ukulele, as well as the Aboriginal Didjeridoo. He has toured and performed in concert halls and at festivals, as well as collaborated on arrangements of Django Reinhardt’s Gypsy Jazz music for Symphony Orchestra. For over five years, Stuart has worked as an Artist-in-Residence at Roswell Park Cancer Institute in Buffalo, where he shares the healing nature of music and the creative process with patients, families and hospital staff. Stuart has studied improvisation and holistic music education with Grammy-winning cellist/composer David Darling and is a certified Music for People ™ instructor. He has presented his “Awaken the Creative Soul” program at yoga centers across the U.S., Costa Rica, Bermuda and Thailand. Stuart is a deeply dedicated Yogi and has practiced yoga and meditation for over 15 years. He is experienced in the use of Naad Yoga (yoga of sound), Mantra and Kirtan (sacred chanting) for wellness and personal transformation.

The Power of Puppetry

About: Cameron Garrity is a Graphic Designer and Puppeteer who recently graduated from Daemen College. Garrity has studied alongside the country’s most influential contemporary puppeteers at the National Puppetry Conference at the Eugene O’Neill Theater Center. He also specializes in graphic design for puppet festivals and events, including Buffalo’s own Geppetto Festival: A Day of Puppetry, an annual event at Daemen College, which Garrity created.

Everything I Know About Life I Learned at the Dinner Table

About: Brian Patterson is a police chief (B District, Buffalo) and motivational speaker. His life vision, besides creating his own brand of hot sauce and getting his three boys into Harvard, is to deliver life-changing messages that motivate people to live their best life by dreaming big. 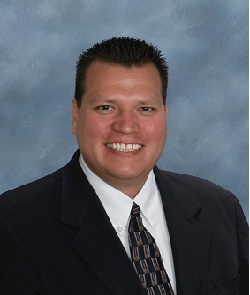 From Historical Trauma to Empowerment

About: Michael Martin is an Onondaga of the Beaver Clan from the Six Nations of the Grand River territory in Southern Ontario, but was born and raised in Buffalo. In February of 2004, he was named the Executive Director of Native American Community Services of Erie and Niagara Counties, Inc. (NACS), after having served in an interim capacity since July of 2003.

Prior to joining NACS, Mr. Martin had started his own company, XLerent Services, which focused on consulting, personal coaching and organizational development to help individuals and companies to accel, excel, transform and perform. In his earlier career, he held senior financial and business management positions with such companies as AT&T, Lucent Technologies and Praxair. Most importantly, he is a proud father of his son Dawit.

Mental Toughness, Compared to What?

About: Matt Petroski is a native to the Western New York community, having spent over 25 years in business, including the start up of three separate companies, developing rocket control systems and training executive and sales management teams in mental toughness. The basis for which Matt contributes his success is encompassed in his education, which ranges from his BS and MS degrees in engineering to his Masters in business, as well as his upbringing with 17 siblings to develop his mental toughness. Ideas flourish when you can communicate them with people who can love you AND “hate” you. Just ask one of my 16 brothers and sisters!

About: Jeremy Speed Schwartz is an animator and artisan programmer focused on crossovers between science and art. As a founding member of The League of Imaginary Scientists, he has traversed wormholes at the Museum of Contemporary Art, discovered the surface of Mars in Ireland with NASA geologists and dived into the Aquifer with the Memphis Ground Water Institute. Jeremy resides in Hornell, N.Y. and is a professor of Digital Media and Animation at Alfred State College.

Web: The League of Imaginary Scientists

The Big Bang Theory: Understanding our Renaissance from the Inside Out.

About: Ben is the editor of Block Club magazine, a Buffalo-based print publication now in its seventh year. Block Club tells stories of progress and identity in the Rust Belt and is distributed in Buffalo, Rochester and Pittsburgh. Elsewhere, Ben writes arts criticism for The Buffalo News, poetry in his notebooks and random, absurd, inspired thoughts on Facebook. He enjoys theater on stage and in real life.

Capitalism Only Works if You Do.

About: Gloria Zemer is a rogue humanitarian, fearlessly defending substance with style for profit and good as a strategist at BlackDog Strategy & Brand. Championing the cultural impact of business success is just one of the ways that she connects the dots, addresses the big picture and puts her misfit nature to work. She is a good citizen.